Hong Kong Disneyland is currently in the middle of a multi-year expansion of the park – adding new lands, attractions and entertainment – with something new opening almost every year through 2023, including a Frozen-themed area and a Marvel-themed area.

Land is very precious in Hong Kong, making this park smaller than the other Disney parks. Many of the rides, attractions and shows are based on their counterparts in other Disney parks in the US, France and Japan, so it may not be worth its own special trip until the expansion is complete. 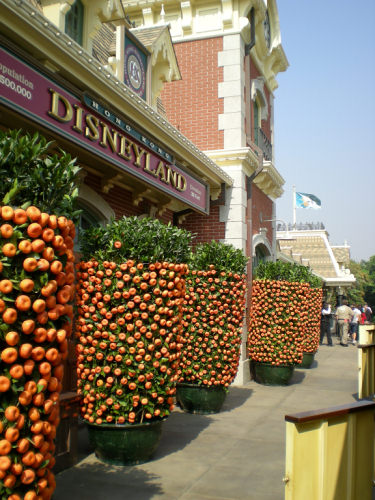 Initially, Hong Kong Disneyland was sort of “Disneyland Lite” — a tiny theme park with only a few attractions. Many of the rides, attractions and shows were based on their counterparts in other Disney parks. Some familiar attractions have slight differences from the US parks: for instance, the Jungle River Cruise is much more elaborate than the Jungle Cruise in the US parks, with additional special effects, and there is no humorous narration. Main Street Haunted Hotel is a uniquely Chinese take on the Haunted Mansion.

Over time, Hong Kong Disneyland has added more unique attractions and entertainment options, such as Moana: A Homecoming Celebration and the Mystic Manor attraction. Hong Kong Disneyland currently consists of Main Street, U.S.A. plus Adventureland, Fantasyland, Grizzly Gulch, Tomorrowland and Toy Story Land, as well as a unique land called Mystic Point, home to Lord Henry Mystic, an eccentric adventurer who has traveled the world collecting unusual objects. It is currently in the middle of a multi-year expansion of the park, adding more rides and entertainment. In addition, it has three hotels.

A lot of the focus at Hong Kong Disneyland is on atmosphere, shopping (you’ll find numerous shops in the park), dining (there are lots of restaurants and cafes, many of them full-service) and special events (Hong Kong Disneyland Hotel hosts elaborate weddings).

There are lots of photo opportunities and character greeting opportunities at Hong Kong Disneyland. In fact, there is an entire area, called Fantasy Gardens, completely devoted to this.

Various festivals and celebrations give the park a special Chinese flavor and make it fun to visit. MouseSavers.com founder Mary Waring visited during the Chinese New Year celebrations when the parks were specially decorated with red and gold decorations, and seasonal foods and merchandise were offered.

Another interesting time to go is during the Haunted Halloween period, which takes on a unique Chinese character due to cultural beliefs about ghosts. The Hong Kong Disneyland Halloween events are much darker and scarier than those offered in the US parks.

While the restaurants in the park feature familiar names from the US parks (Plaza Inn, Chef Mickey, Tahitian Terrace) and the official website describes some of them as offering “American style” cuisine, the food offerings are distinctly Asian. You will definitely be experiencing a culinary adventure during your visit. MouseSavers.com founder Mary Waring tried a number of foods that are not found in the US and enjoyed most of them.

You can get a sense of the similarities and differences from these photos MouseSavers.com founder Mary Waring took during her visit to Hong Kong Disneyland in February 2008.

Disney Explorers Lodge is an exploration themed hotel, with different areas inspired by travels to an African savannah, a South American rainforest, a Polynesian island paradise and the natural beauty of Asia. It is the newest and largest Hong Kong Disneyland Resort hotel, with 750 rooms.

Disney’s Hollywood Hotel is an Art Deco design similar to Ambassador Hotel at Tokyo Disney Resort. It has 600 rooms. MouseSavers.com founder Mary Waring stayed at this hotel and thought it offered a good value and beautiful grounds, with many fun picture-taking spots scattered around. You can see her photos of Disney’s Hollywood Hotel from her February 2008 trip.

There is shuttle service from the hotels to a bus stop located about 5 minutes’ walk to the park, through an entrance plaza.